Glow Worm™ phosphorescent powders can be added to Smooth-On liquid plastics, rubbers and foams to create castings that glow in the dark after being charged with light. 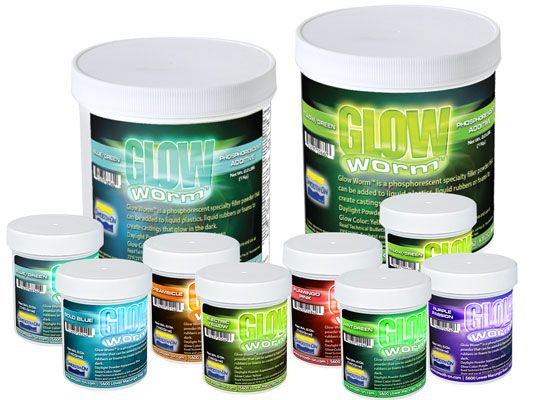 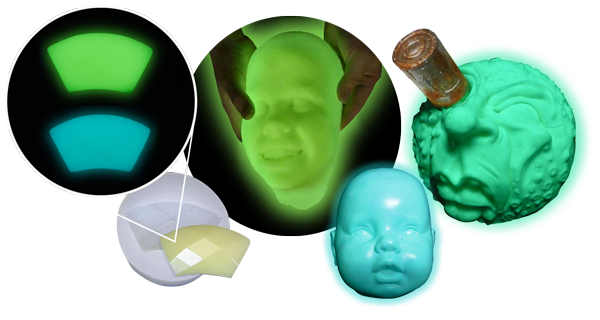